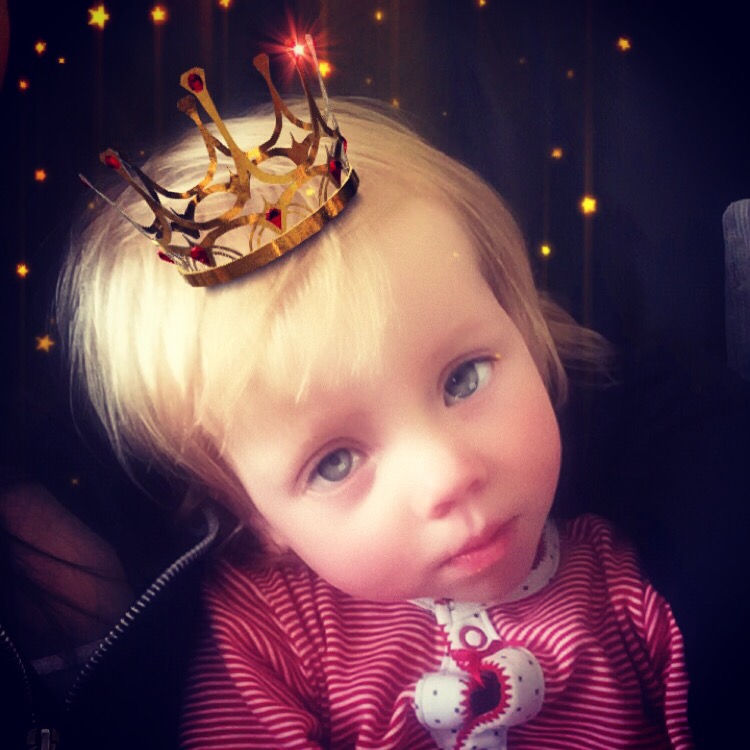 For as long as I’ve been a Mother, I’ve been completely honest about the guilt I’ve harboured. It’s taken shape in many a form, sought me out at some point every day.
Guilt has consumed me.

Two and a half years into my parental journey, I thought I’d learnt to tame it. Then…our world changed and I was thrust into a new, more intense and unreasonable state of guilt.

Siena was born prematurely at 31 weeks; it was her birth which triggered the most uncontrollable guilt I’d ever accosted. In the past nineteen months, I’ve encountered guilt about every aspect of her premature arrival. I’ve blamed myself continuously for her impatient entrance, convinced myself that ultimately I must have been to blame. 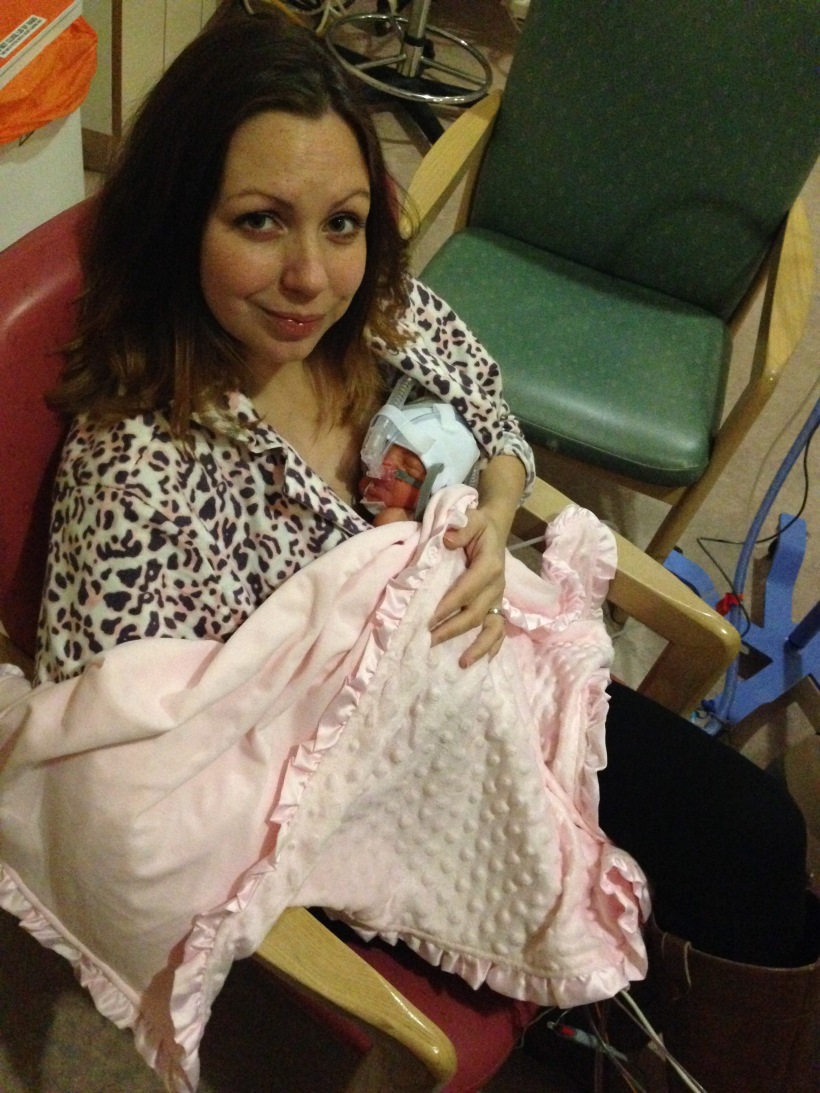 For a long time, I couldn’t imagine ever feeling at ease with the situation. Guilt had become a part of me – a constant reminder of my unforgivable failure as a Mother. It felt as though I’d never escape the reality of having a baby born too soon. The first year of her life was cluttered with hospital visits, stays and check-ups. It seemed that there was never very long between each date but we remained hopeful that life would eventually normalise.

When Siena was nine months old, I started to worry about her lack of physical development. Mentally, she’d shone. She’d showed signs of intelligence and astuteness but physically, she was weak. I felt guilty that it had taken me so long to spot the signs. I’d been happy to blame her slow development on laziness, always thinking ‘she’ll get there in her own time’.

Time passed and Siena remained unchanged. Deep down, I longed to live in the warmth of denial. I wasn’t ready to admit that there was something potentially very wrong.

Two days ago, she was diagnosed with Cerebral Palsy. I sat at her Paediatrician’s desk analysing the results of her brain scan. The damage to her brain was obvious. It highlighted the scan, unashamed and brash. There was no escaping the prognosis.

I’m not entirely sure I can even articulate the surge of emotions that consumed me as I peered at the white lines surrounding her brain matter. I’d known it was suspected but hearing it confirmed, paralysed me. For months, I’d fought away thoughts of ‘what if’, barricaded myself from the possibility. It seemed silly to worry myself over something that might never have been.

But there’s no longer a façade for me to hide behind.

Somewhere throughout her life, the unbearable guilt I’d once experienced had subsided. As Siena met other milestones, we’d cheered and admired her undeniable strength. Watching her transform from the tiny baby she once was to the fierce toddler before us, had, undoubtedly eased the onus I’d concealed beneath my armour. I hadn’t prepared myself for the possibility of its sharp and undignified return.

Here I am, almost twenty months after her birth, feeling guiltier than I ever have. What hurts more is accepting that this guilt will never go away.

At current, I can’t discard the feeling that this is my fault. My body should have been stronger. I should have waited longer between having children. My diet could have been healthier; I should never have forgotten to take folic acid tablets some nights. The iron my body couldn’t absorb, I should have increased it through nutritional rich foods. I shouldn’t have carried heavy objects, should have rested more and for longer. There’s a million ways I could have triggered Siena’s birth – a million regrets I have to live with each day.

If Siena can’t walk, I’ll feel guilty for inflicting disability upon her. If my own body hadn’t failed, her body wouldn’t have either (not that I see disability as a failure…I’m desperate to make sure I protect her from such views).

If Siena comes to me bearing heartbreak that the boy she fancies won’t return her feelings, my heart will shatter. I want her to see the beauty I see, to have the self-assurance and worth not to chase those who don’t deserve her heart.

I once said that I was desperate to chase fairies with her, I feel guilty that I no longer believe this might even be possible. I want to be positive for her, stronger than I’ve ever been but I also need to accept that the stark reality of her future may not allow this. Like every Mother, I had dreams and ambitions for her -I had a preconceived vision of how her life would pan out. Right now, I no longer know what to dream. I don’t want to set unrealistic aspirations which may pressurise her but I don’t want to sound like I’m giving up on her either. I’ll never give up on her!

I’m frantic for her to know that I’ll never let her fail. I have to believe that she’ll be capable of achieving whatever she sets her heart upon. I’ll be there beside her to push her and guide her as much as I can. I won’t let her feel vulnerable by her condition; I won’t let her wallow in unnecessary self-pity. 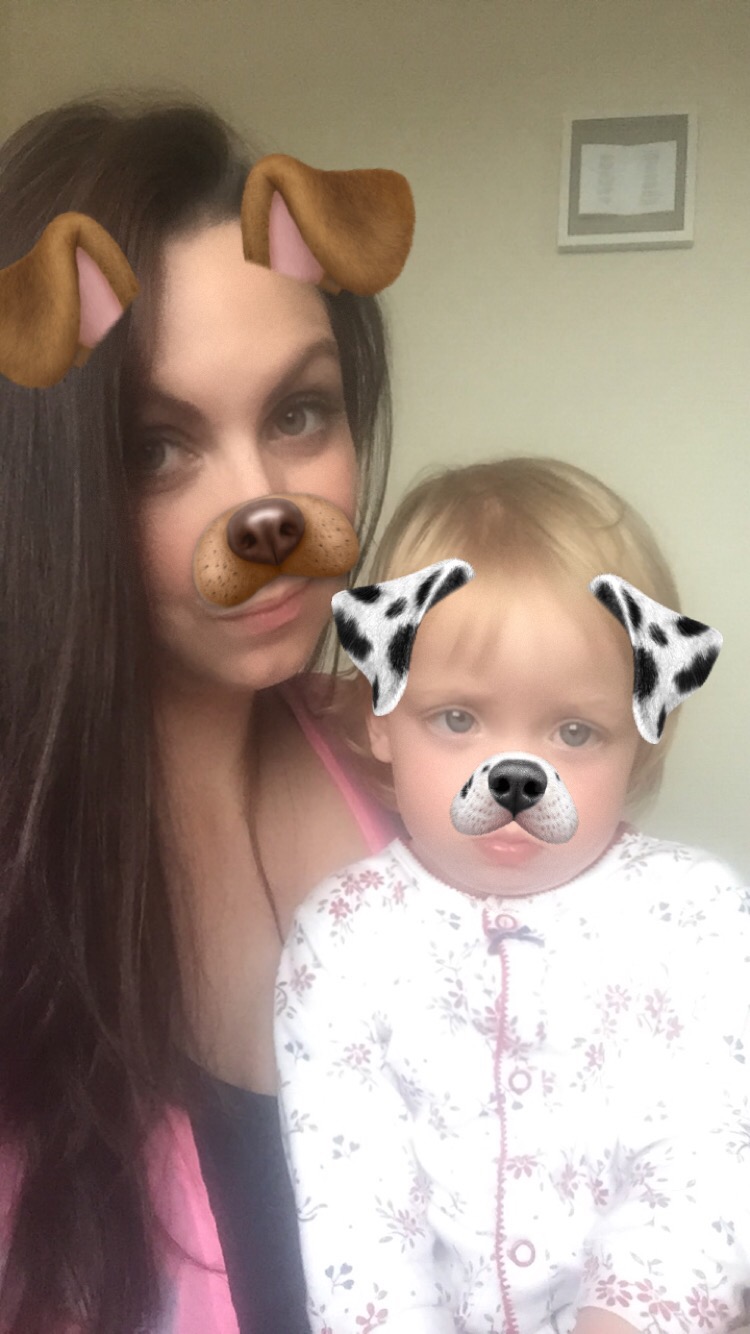 Cerebral Palsy will not define her, shape her, mould her or restrict her…it may be an additional challenge but we’ll conquer it together. Of that, I’m sure.

Like my blogs? You can also find me at Facebook/ARTventurers Durham