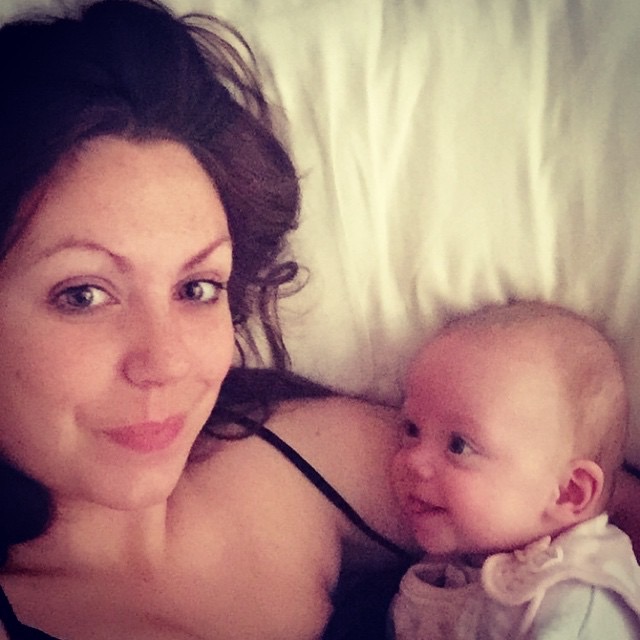 Tonight, you’re sleeping in my arms. It’s taken a while for you to settle but not because you’ve been distressed, you’ve been so full of life.
You’re 9 months old now and I marvel at how far you’ve come.

9 months already! The age your brother was when you were born. I think back to when he was your age, it makes me smile with delight to remember him so small. It feels like a lifetime away, I suppose it was – your lifetime away. Then it makes me sad.


Your birth was such a heartbreaking time for us, especially your brother. His ninth month of life was tainted with abandonment and upheaval. Your stay in hospital forced us to choose between you both. Although the choice was harsh, the reality was easy. You needed us more.

But he needed us too, just as you need me now.

9 months old. When you were 1st born, I felt as though your brother was old enough to cope without me. Old enough to accept change. He’d never been a ‘needy’ baby. We’d been able to leave him with his grandparents overnight without any upset or withdrawal. Yet, I had always known that our situation wouldn’t be ideal (even when there should have been nearly 12 months between you), that it would be a transition we’d all have to adjust to. I expected turbulent times, was prepared for the jealousy and the anger, the frustration and the confusion. However, I could never have been ready to mend his broken heart.

Those emotions I’d been preparing for never showed their ugly head. From the moment we brought you home, he was besotted. A ready made friend, a companion and an ally. He loved you instinctively and I beamed with pride (I still do, he makes me proud every day) but bringing you home was only the start of his recovery. 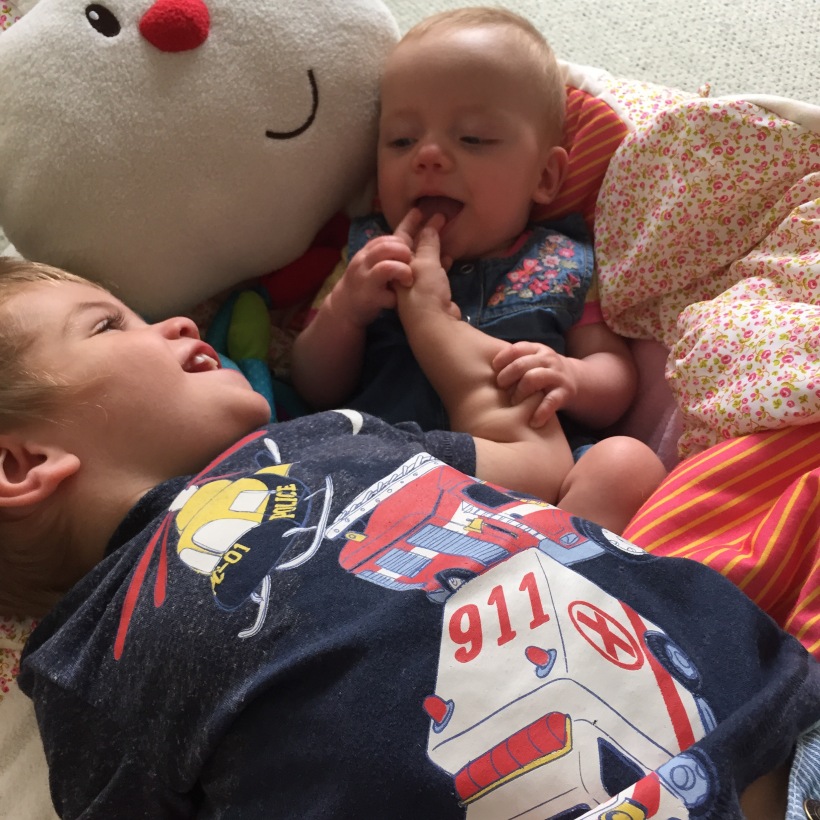 Having you with us eventually meant that we could start our lives together, eventually establish a new routine. It meant that there would be no more days spent away from him, no more nights he’d go without his bedtime cuddle and story. It took him a while but soon, he learnt to trust that we weren’t leaving him if he fell asleep. Eventually, he relearnt how to settle at night. How to close his eyes and know that we’d be there when he woke back up.

The most noticeable affect your birth had on Tristan was in his eating habits. During your time in Hospital, Tristan learnt that there wasn’t many things in life that he could control (it kills me that he learnt this cruel life lesson at such a young age)…but he could control his eating. So he stopped. He closed his mouth and took back the power. He intelligently realised that this earned him some attention.

We’d spend hours pleading with him to eat, we’d spend days worrying about how little he’d consume. He’d spend feeding times throwing food in our faces, ripping it from his mouth with such intent and disgust. He’d cry at the sight of his high chair, throw tantrums to avoid meal times at all costs.

Then, the next day, he ate again.

To me, this was our biggest break through. I read it as a sign of his heart mending. I saw in his eyes that he was starting to relinquish his control and allow us to parent him again. He was starting to trust us again. There’s been plenty of relapses, plenty of times he’s used food to manipulate us but now these times don’t worry me so much.
Your time in NICU also made Tristan anxious. Before you were born, he was care free. He’d trust us implicitly, from dunking his head underwater, to swinging him upside down. Then we left him and he became nervous. Bath times became problematic. He’d cling to us as though he were afraid we were going to let go. He’d cling to us in most places, in most social situations. Last Saturday, he jumped into the pool on his own, he trusted that my arms would catch him. Last week, at his 1st nursery visit, he ran off to play with the other children.

He didn’t look back for me once.

You’re 9 months old now and every day there’s fewer signs of your premature birth. Less evidence that our lives were ever rocked upside down. You still have a heart murmur (or so we concluded from your last stint in hospital) but although your heart hasn’t mended, ours are beginning to. Your brother has started to play again. His smiles grow bigger every day.

It’s true what they say ‘time is a healer’. I’m going to make sure both your hearts mend, I’m just going to need a little more time.